A monastery in Lindesfarne is about to get a firsthand look at how the Vikings operate. In and out in a flurry of violence and terror, Ragnar and his crew raid the monastery for everything it contains from treasure to monks who can be sold as slaves. Unable to ignore the riches this unsanctioned journey has returned, Earl Haraldson has no choice but to agree to let these warriors undertake a second trip out. The west has now been opened for the taking by Ragnar Lothbrok and the world of the Vikings will never be the same.

Ragnar returns to Kattegat with slaves and treasure. Lagertha protects their farm when Svein comes searching for Ragnar. Ragnar learns that the priest he enslaved is named Athelstan. Once they hit land, Knut tells Ragnar that Earl Haraldson wishes to see him. The Earl confiscates all the treasure but allows them to take one thing for themselves. The Earl asks what Ragnar will take for himself and he decides to take Athelstan as his slave. After, Rollo is upset that Ragnar gave in so easily to the Earl. Ragnar tells him not to worry that this is only the beginning. Rollo shows him that he had hidden some treasure away for himself and Ragnar tells him that that was a stupid thing to do. Siggy tries to seduce the Earl but he becomes distant while he's kissing her. Ragnar returns home. He shows the children the priest and lets them touch him while he and Lagertha have sex. After they're finished, they both approach Athelstan and ask him if he wants to join them. Athelstan tells them no that it'd be a sin. 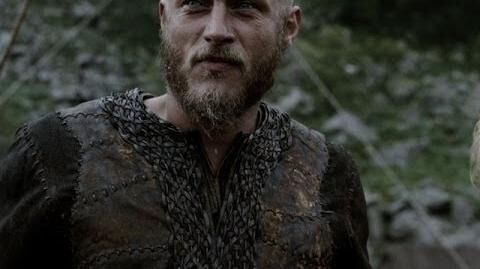 Retrieved from "https://vikings.fandom.com/wiki/Dispossessed?oldid=48535"
Community content is available under CC-BY-SA unless otherwise noted.