View source
watch 01:55
Cobra Kai Season 4 - The Loop
Do you like this video?
Play Sound

Ragnar's plan comes to fruition; the Viking Army lands on the coast of Northumbria.

As the Great Heathen Army assembles, Bjorn and Ivar fight over leadership of the army. Harald spots the woman he fell in love with years ago, Ellisif, which made him want to conquer Norway to impress her. To his anger, she has married a Danish earl, a man of lower status than him. Ubbe and Margrethe are married, but Ubbe agrees to share his bride with Hvitserk. Helga wants to join the Great Heathen Army, but Floki is against it. Floki admits being confused about his worldview. Harald and Halfdan has Egil infiltrate Kattegat. Halfdan suggests Harald kill Ellisif to regain his honor, but Harald refuses because she is the only woman he loves. Earl Jorgensen volunteers as a sacrifice to assure victory in the coming war, while Bjorn and Astrid continue their affair. Aethelwulf confronts Ecbert about his affair with Judith and questions Ecbert's love for him and his ability as a king. Ecbert claims he used Aethelwulf because he had complete trust in him and asks him to lead their defenses against the coming attack. As the Great Heathen Army lands in England, King Aelle faces them, but his meagre army is overrun. Aelle is captured and submitted to the blood eagle. 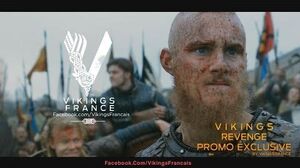 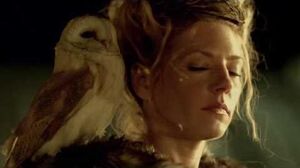 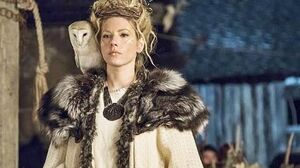 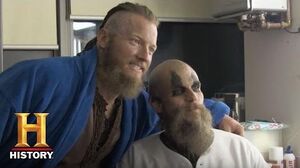 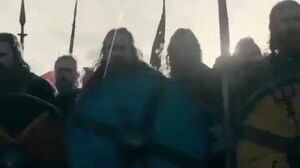 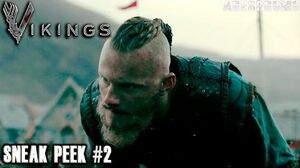