"New Beginnings"
"The Prophet"
"Ghosts, Gods, and Running Dogs"
"All The Prisoners"
"The Key"
"Death and the Serpent"
"The Ice Maiden"
"Valhalla Can Wait"
"Resurrection"
"The Best Laid Plans"

Season 6 of Vikings was ordered by History on September 12, 2017. The sixth and final season of the historical drama television series Vikings premiered on December 4, 2019. The sixth season consists of a double order of twenty episodes, split into two parts of ten episodes. The second half was released in its entirety on December 30, 2020 on Prime Video in Ireland, the United States, the United Kingdom, Germany, and Austria, ahead of its broadcast on History in Canada from January 1, 2021. Part I focuses on King Bjorn's reign over Kattegat, Ivar's adventures in Rus', and Ubbe's expedition to Iceland.

An Irish-Canadian co-production presented by Metro-Goldwyn-Mayer, the sixth and final season of Vikings was developed and produced by TM Productions and Take 5 Productions. Morgan O'Sullivan, Sheila Hockin, Sherry Marsh, Alan Gasmer, James Flynn, John Weber, and Michael Hirst are credited as executive producers. This season was produced by Keith Thompson for the first ten episodes. Bill Goddard and Séamus McInerney act as co-producers.

The eighth episode of the season, "Valhalla Can Wait", was directed by actress Katheryn Winnick, who portrays Lagertha in the series.

In September 2017 it was announced that Russian actor Danila Kozlovsky would join the cast for the sixth season as Oleg of Novgorod, the 10th century Varangian ruler of the Kievan Rus.[1]

According to the series' creator and writer Michael Hirst, the idea to explore Oleg came to him due to the influence Vikings played in Russian history: "I didn't know that Russia is called Russia because it was founded by the Rus Vikings. I learned so much myself and I always do learn when we go different places and explore new cultures and forgotten languages. [...] I was reading books about the Silk Road and about the Rus Vikings and then I read about Prince Oleg, the prophet. He was this extraordinary ruler of Russia and it all kind of fit into place. It seemed the most obvious. It’s also one of the most exciting things to do because we'd been traveling west so much and it seemed logical to go east again. It was an idea that slowly fermented in my mind."[2] 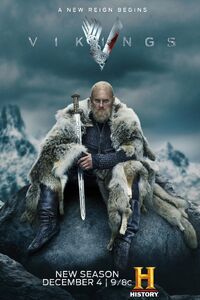 Promotional banner for Part 1
Add a photo to this gallery 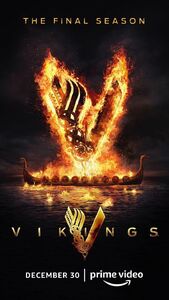 The depiction of Kievan Rus during Prince Oleg's rule (879-912) has been noted as substantially inaccurate by fans and the media.[3][4] Most notably, in the series Christianity is introduced in Kievan Rus Christianization of Kievan Rus'way too early, as are History of hot air balloons and Mongol clothing and armors.

Retrieved from "https://vikings.fandom.com/wiki/Season_6/Spoilers?oldid=48303"
Community content is available under CC-BY-SA unless otherwise noted.